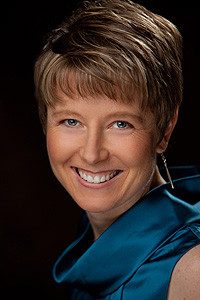 Dr. Stacey Munro is a Naturopathic physician who specializes in the treatment of chronic health conditions.

Naturopathic medicine treatment supports the innate self-healing ability of the body, also known as the Vis Medicatrix Naturae or the Healing Power of Nature. Dr. Munro prescribes dietary and lifestyle changes, nutritional supplements, herbal medicine, and other therapies as prevention and treatment for disease. Following Naturopathic philosophy, she looks for the root cause, rather than just treating symptoms.

Originally from Vancouver, Canada, Dr. Munro spent most of her life in Portland, Oregon. She received a Bachelor of Science from Oregon State University in 1995. During college and shortly after, she traveled extensively in Europe, Asia, and Australia. She returned to Portland, Oregon to attend massage school at the East-West College of the Healing Arts. Following a dream to become a Naturopathic physician, she completed her pre-medical studies at Portland State University. In 2001, she enrolled in the Southwest College of Naturopathic Medicine, one of five Naturopathic medical schools in the United States, located in Tempe, Arizona. She graduated from the Southwest College of Naturopathic Medicine in 2005. In 2007, she traded sunscreen for a snow shovel and opened Nature’s Helper Medical Clinic in Windsor, Connecticut. She practiced in Windsor for 9 years before moving to Suffield, Connecticut in 2016.